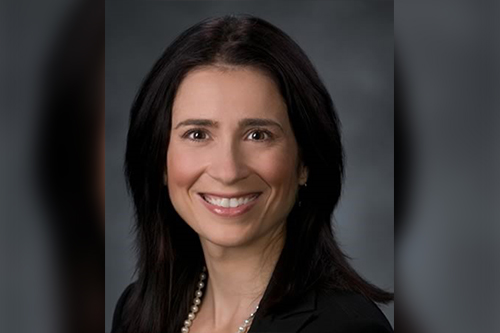 Budnik’s first job after earning her Bachelor of Science in Actuarial Science from the University of Illinois, Urbana-Champaign, was with professional services giant KPMG, where she worked as a retirement actuary. After a few years, she moved over to Towers Perrin (which would later merge with Watson Wyatt Worldwide to become Towers Watson in 2010), where Budnik got to work with some large accounts and she started moving up the ranks as a retirement actuary.

“When Towers Perrin merged with Watson Wyatt Worldwide in 2010, I took it as an opportunity to really broaden my expertise,” said Budnik. “So, I took a risk and got out of my comfort zone, leaving my key practice area to join the client management group, where I spent about five years doing broad client management across all aspects of HR and finance.”

That was Budnik’s first “career broadening” move of many. As a technical actuary by nature, but working in a client services role, she soon decided she needed to get broader business experience. So, Budnik signed up for night school, earning an MBA from Northwestern’s Kellogg School of Management in December 2013, with majors in finance, business strategy and management. She noted: “I was doing that with two small kids at home. Luckily, I have a very supportive husband who helped me through.”

Read next: How AmRisc bucked the women in insurance trend

When Towers Watson merged with Willis Group to create Willis Towers Watson in 2016, Budnik once again made the most of the opportunity. She commented: “When we merged with Willis Group, that’s when the brokerage piece came in. When you sit in the client management function, you don’t have to be the expert, but you do have to learn about all the different lines of business, so that really helped broaden my whole perspective.”

From there, Budnik made use of her actuarial background and her broad expertise, and she started moving into different regional roles within Willis Towers Watson. She became a sales leader in charge of a big team in the Midwest, and then she joined a special project aimed at improving the support and connectivity for Willis Towers Watson’s global clients.

“I worked on that global project for about a year and a half, and it was great because it gave me lots of exposure to leadership,” she said. “Then, a role came up to be the head of retirement for the Global Services & Solutions unit. I applied for that job with the mindset that I had nothing to lose. I had applied for other jobs before that, and I didn’t get them – you just have to learn from that. You’re not always going to succeed, and if you’re not willing to take a risk or not willing to fail, then you’re never going to move ahead because you’ll never get out of your comfort zone.”

Budnik’s ‘no fear’ attitude paid off. She got the global job and has since spent the past year and half leading a team focused on broad strategy for global defined benefit and defined contribution consulting, actuarial and governance services, spanning local and cross-border plans.

“It’s been a journey,” she told Insurance Business. “One thing I will say is that early on in my career, I sat in the same practice area for the first 15-years. I really didn’t look outside of that, and in hindsight, that was probably a mistake. I probably should have been broadening my expertise and learning about other areas earlier on in my career. That’s always the advice I like to give. When I look at where I am now, I took an interesting path to get there, but I bunched it all up in the last 10-years of my career versus the first 15.”

In regard to women reaching leadership positions, Budnik said that even if you’re not in the leadership seat, women should always feel empowered to lead or to make a difference. She added: “Don’t wait to be tapped or wait for someone to say it’s OK – just go for it. If you have an opportunity, raise your hand and demonstrate your capability.”