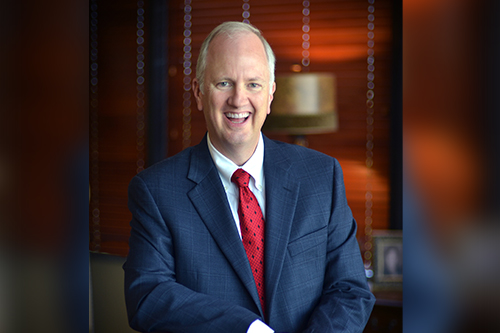 “Right now is the best time in the history of the world to start an insurance agency,” said Caldwell. “Every business and family is anxious and concerned about cost pressure and lack of income, so they have to look at expenses, and insurance – whether you’re selling personal or commercial insurance – is a big expense for clients, so they’re interested in cutting those expenses.”

For insurance agents already in business, that means they have to play defense and focus a lot of energy on retention, but for agents who don’t have an existing book of business, they can instead devote 100% of their attention on offense and creating revenue by attracting prospective clients, explained Caldwell. Another factor that makes this a good climate in which to launch an agency is that insurance companies are faced with their own set of revenue challenges and, to offset that, they are interested in organic growth.

“I believe that carriers are going to be more willing to appoint well-prepared new agency owners than at any other time in recent history,” said Caldwell.

In his book, the OAA leader addresses the steps that entrepreneurs looking to launch their own insurance agency need to take. Several chapters are focused on questions that business owner hopefuls should consider to help them through the planning process and build a solid foundation for their new venture.

Another chapter acts as a gut-check for founders and talks about the difficulties of starting a business, while the rest of the book is a series of discussions with checklists around what new agency owners have to do to be successful, such as determine which insurance companies to sell for and which markets and sub-markets to go after. The guidance Caldwell offers up in the tome isn’t just for new agency owners though. People who are already running agencies have also found the advice useful to improve the operations of their own businesses, he tells Insurance Business.

“If you read the book and then followed it step by step, you would do everything you needed to do to be successful and put yourself in the best position to establish a successful, rapidly growing insurance agency,” he added.

Caldwell likewise gets into the nitty-gritty details of running an insurance business. For instance, a common pitfall for agency owners is that they give short shrift to things like picking the right agency management system and then considering how the system will coordinate with a customer relationship management system and their marketing systems. The book has checklists to help agency owners think through that process and get it done right the first time around.

Another big mistake that Caldwell sees agency founders make – and that he made himself when he was new to the agency world – is to waste time, effort, and money hiring other people to produce when the owner should instead be hiring service people to free themselves up to continue producing. The agency founder is usually the most talented salesperson in the agency and if they become overwhelmed with administrative tasks, they lose the ability and time to sell, which then slows the growth of the agency, according to Caldwell.

Sometimes, even seemingly small choices can trip up new business owners. Things as simple as a name can become a real pitfall down the road.

“Agents frequently name their agency on some geographical basis – a state or a city – or a product, and then later as they seek to expand, the name traps them,” noted Caldwell, who has first-hand knowledge of the challenges in starting an insurance agency. He got into the agency business when his wife was pregnant, and he needed to create income for his family. However, he couldn’t get anybody to explain to him how to do that. As a result, Caldwell built the Sales Forecasting Tool, which helped him think through the activities that he needed to do every day to get to an end result, which is available on the OAA website.

“I also learned some hard lessons about how agency billing works early on, which created cash flow crunches for our agency, and I’ve explained those in the book and how to avoid letting that happen to you,” said Caldwell. “You can be profitable – and many agents focus on making a profit – but they don’t focus on cash flow and cash flow is what drives you to bankruptcy.”

State Farm cuts insurance rates in Kansas
Helping clients choose home insurance
What the COVID-19 pandemic means for workers compensation claims
Is a Global Recession Imminent? If So, Businesses Can Protect Themselves with Credit Risk Insurance