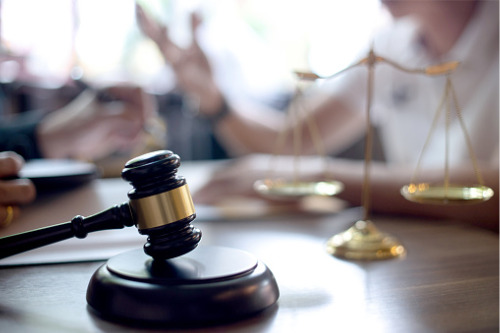 The prediction comes as an increasing number of businesses across the country impacted by the coronavirus shutdowns sue their insurers to force them to cover billions in business interruption losses.

But most insurance companies have refused to pay claims under this coverage, citing physical damage as a standard requirement.

The situation has set the stage for perhaps one of the biggest legal battles in the history of insurance.

The arguments
The majority of property policies currently in force in the US do not include viruses. To get around the physical-damage requirement, lawyers argue that the coronavirus adheres to surfaces, making workplaces unsafe.

Several past rulings indicate that events that make a property unusable may constitute property damage. A manufacturer in New Jersey got a favorable ruling when an ammonia leak made its property unsafe for use.

Another company in Oregon prevailed when wildfire smoke resulted in the cancelation of outdoor theater performances.

But insurers’ stance that business-interruption coverage is not meant for pandemics has some conceptual backing.

In a statement last March, the National Association of Insurance Commissioners (NAIC), a standards-setting group for state regulators, said pandemics violate a cardinal principle of insurance.

“Business interruption policies were generally not designed or priced to provide coverage against communicable diseases, such as COVID-19, and therefore, include exclusions for that risk,” the statement said.

“Insurance works well and remains affordable when a relatively small number of claims are spread across a broader group, and, therefore, it is not typically well suited for a global pandemic where virtually every policyholder suffers significant losses at the same time for an extended period.”

Still, some state regulators have warned insurers to investigate all business-interruption claims after reports of insurance representatives attempting to “dissuade policyholders from making claims” and refusing to investigate the claims began to surface.

“I want to be absolutely clear that insurance companies need to fairly investigate all business interruption claims as they would during any disaster,” said Ricardo Lara, California Insurance Commissioner Ricardo Lara, in a statement last April. “Policyholders deserve all the services, coverage, and benefits they are due under their policy.”

A COVID-19 Vaccine Is Precious Cargo
P&C insurers manage challenging market dynamics – AM Best
Hurricane Dorian headed toward Florida as a Category 4 storm
How are your wholesale partners performing?