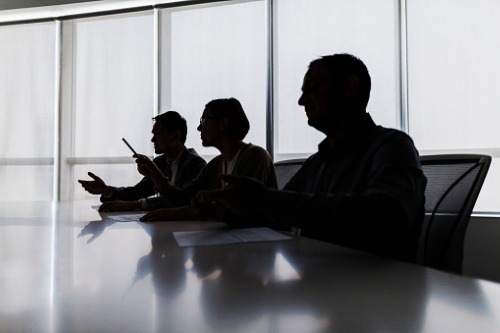 The insurance industry has filed more than 24 briefs opposing multidistrict litigation, following in the footsteps of arguments posed in a brief by two Chubb affiliates that stated consolidation would complicate and prolong the litigation, according to Reuters. The insurers were joined by plaintiffs’ firms, some with MDL experience, who also don’t want their cases moved to a nationwide, multidefendant proceeding.

“There is no reason for a single federal court in one part of the country to interfere with the process of policy interpretation here on a state-by-state basis especially given the lack of uniformity among the policies in question and the differing circumstances surrounding each policyholder’s loss,” read one brief filed by King & Spalding, which is representing 50-plus businesses suing Society Insurance for denying COVID-19 claims.

The MDL judicial panel will consider two motions to consolidate cases when it convenes at the end of July. The consolidation motions filed in April by the plaintiffs’ lawyers Levin Sedran & Berman and Golomb & Honik, as well as DiCello Levitt Gutzler, the Lanier Law Firm, Burns Bowen Bair and Daniels & Tredennick proposed relatively similar arguments for consolidating claims, arguing that policyholders are entitled to coverage under property damage or civil authority provisions.

The motions also argued that it would be more efficient for one court to determine outcomes that will affect thousands of businesses, versus various judges around the country delivering potentially contradictory rulings on the same questions.

On the other hand, the briefs opposing consolidation generally stated that consolidation motions are fundamentally flawed because these cases aren’t the same. Each claim deals with different insurers, different policy language, different state insurance laws, different COVID-19 shutdown orders, and different facts at every business asserting a claim for coverage. Litigation thus won’t be simplified by consolidating the cases.

“Instead, shoehorning all of these cases into a single forum for coordinated pretrial proceedings could delay their ultimate resolution by years, with no corresponding benefits in the form of efficient and effective resolution,” said one brief.

The Chubb brief also highlighted that the MDL panel is typically reluctant to consolidate litigation against multiple defendants, and that the lawsuits filed name 36 different insurance groups and 115 individual insurers. In fact, there have been only two insurance coverage MDLs ever created, and both go back more than 25 years. As recently as 2018, the panel refused to create an MDL for insurance claims stemming from hurricanes in Florida, Puerto Rico, and the Virgin Islands.

Plaintiffs’ firms opposing an MDL also said they’re concerned about delaying a decision for their clients. McKool Smith’s client, for example, is the New York City real estate developer Thor Equities and needs a quick resolution of claims it has asserted under its $750 million property damage coverage. A delay could mean the business survives or dies.

DiCello Levitt, which is leading arguments that business interruption insurance cases should be consolidated in Chicago, plans to offer up a response to insurers and plaintiffs’ firms opposed to the MDL when it files a reply brief next week.

I.I.I. Media Tour: What You Need to Know and Do as Hurricane Season Peaks
If the power goes out, can you get reimbursed for spoiled food?
Mangroves and Reefs: Insurance Can Help Protect Our Protectors
Declarations of Pride: Michael McRaith, Blackstone Insurance Solutions