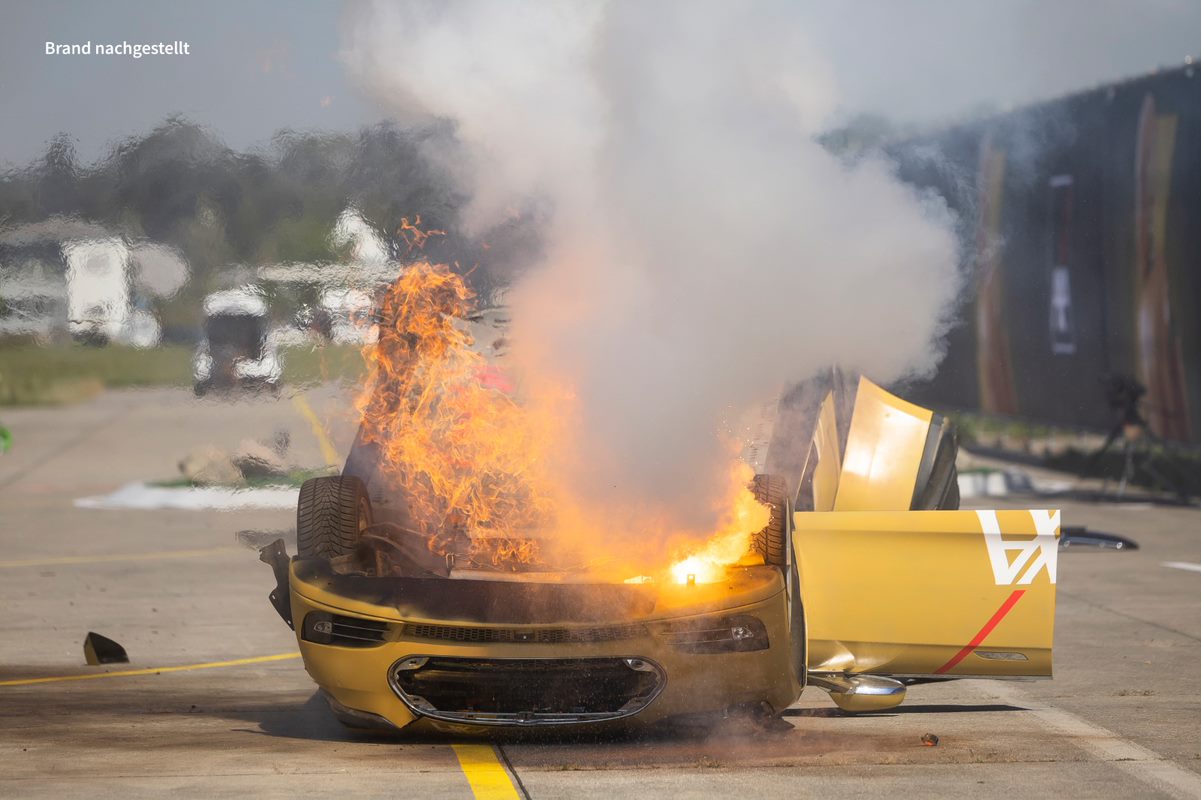 The crash video spread through social media before AXA admitted to the German publication 24AutoDE that there was no battery in the vehicle, and it had instead used pyrotechnics.

“For safety reasons, it was not possible to ignite a real battery fire at an event with around 500 people, which is why a fire with pyrotechnics was staged,” AXA told the publication.

The insurer said it had aimed to “point out the danger” of a cell fire, which it said could result from damage to the underside of an electric vehicle (EV).

It said it had also wanted to “point out the problems” with fires in EVs in general.

“Fortunately, fires are very rare in electric cars as well as in conventional combustion engines,” the insurer conceded.

AXA would go on to update a press release with further information that the car had no battery in – but not until after AutoDE24 had reached out, the motor publication reported.

The crash test was labelled an example of “fear, uncertainty, and doubt” by Johna Crider, a writer for Teslerati and a Tesla shareholder.

“How can you claim that something catches on fire and then do a test without that object?” Crider queried. “And honestly, anything will catch on fire if you set it on fire.”

“The insurer AXA set up this incredible demonstration of a Tesla scraping its battery and bursting into flames,” said Shoebridge.

“What a weird timeline we’re in,” Shoebridge added.